This is an extremely demonic game and you absolutely cannot play it as a Christian. Will it lead you to hell? Absolutely it will. Let’s take GH#3 for example. The entire structure of the game is based on the journey to hell. The last level “Lou’s inferno” (“Lou” of course shorthand for “Lucifer”) is indeed set in hell, where you lead a worship service before a large horned demon sitting on a throne in front of you. This demon is designed to look like the biblical Moloch with a blackened bull head, swinging a large hammer as you worship him with songs such as “Number of the Beast,” and bands such as Metallica, Slayer, Iron Maiden. Moloch is the biblical demon which required sacrifice of people's own children by being burned alive in a fire around his idol. Is it any coincidence that guitar hero is marketed for youth? This game is nothing but a spiritual sacrifice of the youth to satan as they play this game. There also are skulls marked with ‘6,’ symbolizing the mark of the beast on the forehead (you can see it at the top-left of the third picture in this article). “And he causeth all, both small and great, rich and poor, free and bond, to receive a mark in their right hand, or in their foreheads:.... Here is wisdom. Let him who has understanding calculate the number of the beast, for it is the number of a man: His number is 666.” (Revelation 13:16-18). 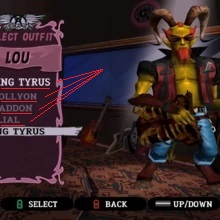 Before going to hell your character is shown to have signed a contract with satan, which says in small print, “your soul is mine.” A crack in the earth then opens through which your character and band fall into hell. Your character can have such outfits as King of Tyrus, Apollyon, Abaddon, and Belial. Did you know each one of those is biblical names for satan? Every form of nonstop death and demonic artwork is assigned in these games, serpents, dragons, skulls, graveyard, etc. Characters like goths and half-naked. All the problems of the lyrics and lifestyle of hard rock are present that are too numerous to get into, but are opposite of Christ. Then you also have a track streaming towards you with these images and upside-down pentagrams coming at you over and over hypnotically. As the track moves toward you constantly with these images of death and curses this is subliminally what you are feeding your inner self with and opening your spirit up to. They also have a lamb with a crown drawn as a mockery of Christ who is called the lamb of God in scripture. 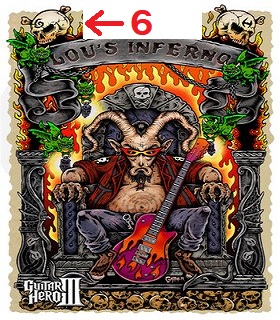 Now you might think you will try to compromise in the middle and quit before the last level when you actually play before Moloch. But will you really quit so close to the end of the game? When you are on level 7 of 8 will you really be able to resist the temptation to finish that last one so you can brag to your friends? Even if it means a little devil worship? That is why the game is designed that way. You have to look at the spirit behind these things. The creators are demonically controlled to design them this way with this kind of trap. Television is the same way, where they hook you with acceptable content at the beginning of the series and then gradually move it into perversion and infamy. You invested time into the series and don’t want to quit and so trample on Christ and on your faith.

Don’t be like Lot in Sodom who tormented his own soul by the evil he surrounded himself in: “for that righteous man, dwelling among them, tormented his righteous soul from day to day by seeing and hearing their lawless deeds” (2 Peter 2:8) 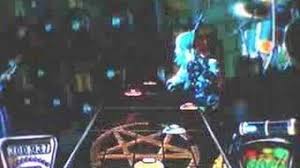 God cares about how we live our life. He watches our every move 24/7. There is no point in time where God is not watching us. This is good in the sense that it means he hears our every prayer and we are never alone, but it is also sobering. How many times do we casually dishonor God and not think twice about worshipping satan? We make a mockery of ourselves and our faith by participating in this nonsense. Halloween is another one. When is the last time you went door to door evangelising for God? But you will bring the kiddies door-to-door dressed up for satan on Halloween. You are more a part of the world than the kingdom and fear man more than God.

Why would you throw out your faith and eternal salvation for a stupid game? Why put something so precious in jeopardy? Is there no better form of entertainment that does not require you to worship satan? Get rid of this game. Repent from playing and destroy it. This game was not designed for believers.